The compost toilets and Plastic Septic with Sand Filtering System have been installed as part of the project’s aim to help reduce sanitation pollution in the country.

“A study of possible land based pollution have concluded that sanitation pollution is the main pollutant factor to Hihifo’s environment.  Previous programs such as WASH, conducted sanitation and toilet system surveys in all primary schools in Tonga and ‘Eua and confirmed the need for Tonga to pay attention to our sanitation situation,” National Project Coordinator Silia Leger said.

“Hihifo was fortunate that the Tonga IW R2R had the opportunity to pilot proposed Stress Reduction Measures which are learnings from previous projects and from other countries within the region. Therefore, the installment of three (3) Compost Toilets and three (3) Plastic Septic with Sand Filtering System at households, resort and primary schools within the Project Sites (from Foúi to Haátafu) have been successfully completed.”

She added that a target for the Tonga IW R2R was to develop a 90 hectares Conserved/Protected Wetland. However, the Kanokupolu SMA is a total of 382 hectares, and this includes 107.4 hectares of Fishes Habitat Reserves.

“This was successful through the coordination with the Ministry of Fisheries after the signing of the Memorandum of Understanding in March 2020. The agreement was for Tonga IW R2R to support and fund the implementation of Kanokupolu’s SMA,” she said.

“After all these successful implementations, the launching program was put together to acknowledge all the effort and hard work made to accomplish the achievements of the R2R project and on the positive impacts on the management of the Hihifo District.”

She said a meeting in 1997 of 13 Pacific island countries proposed that a regional strategy be found to address safe and clean water issues in the region.

In welcoming guests, the Member of Parliament for Tongatapu 5, Mrs Ma’asi said the people of Hihifo were lucky to be the focus of the project.

“We are indeed grateful to the project and the various partners for deciding to work with the people of Hihifo on this pilot project,” she said.

Lands and Natural Resources Chief Executive Officer Rosamond Bing said the project would not have been successful without the partnership of all stakeholders, especially the people of Hihifo.

She especially acknowledged the work done by the Tongatapu 5 Youth Council.

“They have been important partners in this project,” she added.

Youth Council President Lopeti Tufu’i said they were grateful to Mrs Ma’asi and the Tonga IW R2R project for giving them the initiative to partner with the project. 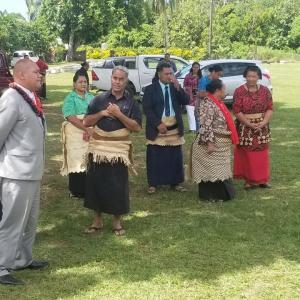 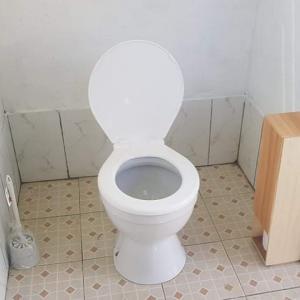 Inside the compost toilet